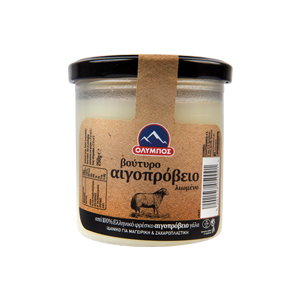 Put the flour, the baking powder and the salt in a bowl and mix with a spoon until all the ingredients are well mixed. Add the butter with the powdered sugar and the vanilla to the mixer bowl. Mix at high speed with the whisk until the butter is fluffy and white for about 15 to 20 minutes. Reduce the speed and start adding the flour mixture to the mixed butter gradually, until everything is homogenized. Add the almonds and then the rum. Remove the bowl from the mixer and shape the dough with your hands into a single piece.  Cut the dough into balls of 40 gr. each and shape the cookies in the shape we want. Press with the finger lightly in the middle of each cookie and place on a baking tray covered with baking paper, leaving a small distance between them.
Bake in a preheated oven at 170o C for 15-20 minutes, until they get a very light, even color. In the middle of the baking process, turn the baking tray around so that the cookies on the back of the tray come to the front. Take them out of the oven, let them cool and sprinkle them with plenty of powdered sugar.

Tips:
* Putting the flour mixture in a bag, makes it easier for you to pour it with a more controlled flow into the mixer bowl during the process.

* You can break the roasted almonds by putting them in a hard zip bag and after spreading them in a single layer, beat them using a rolling pin until they get to the desirable size.