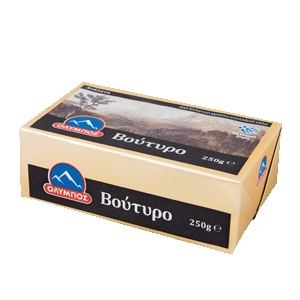 In a small pot, add milk, 80g butter, sugar and stir over low heat at 43°C, until the butter melts.

Place the mixture in a mixer’s bowl, add the eggs, the yeast and beat with the flat beater at medium speed, until all ingredients are incorporated. Add salt, flour and start adding flour in doses, until it is absorbed in the milk mixture.  Stop the mixer, replace the flat beater with the hook attachment and beat at medium speed, until there is a dough. Increase to media-high speed and knead, until it starts to pull back from the sides of the mixer’s bowl for approximately 5 to 6 minutes. The dough should be smooth and slightly sticky.

Remove the dough from the mixer’s bowl and divide into 20 small doughs of 50 g. Shape the dough into small round pieces with your hands and transfer them to a greased baking pan, leaving approximately 2 cm. space from each other. Brush the small dough pieces with butter and cover with plastic wrap, making sure that it touches but not stretches them and put them in a warm place, until they rise and double in volume for approximately 30 minutes.

In a bowl, beat milk and the egg for the coating using a hand whisk or a fork. Remove the plastic wrap carefully from the top of the buns. Brush the buns with the egg mixture carefully and gently and sprinkle some sea salt. Bake in a preheat oven at 190°C set to fan for 20 minutes, until they get a uniform dark brown color. Remove from the oven and let them cool at room temperature.

*Sprinkle some water in the oven at the start of the baking, in order to create steam, thus avoid making the surface of the buns hard and let them rise better.

*You may coat the buns with melted butter.